Use LArduino Coding for Sensor-Based Robotics!

Every teacher struggles with coming up with lesson plans that emulate real world scenarios for their students. At the STEM day at UC Davis on May 6th, we witnessed some fascinating students use the Mobot modular robot to solve difficult problems modeled after real world situations. The students were tasked to direct their Mobot in such a way that it navigated around obstacles through a course to capture an object. Not only did the mission challenge their problem solving and t 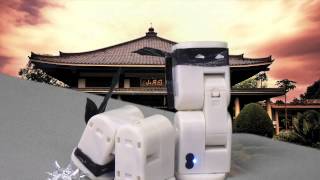 When you think of a robot, usually “artistic” isn’t the first word that comes to mind. Actually, robotic are typically thought of as the antithesis of originality, doing the same thing over and over again, day after day. However in the hands of a few middle school students, the Mobot can become an instant Hollywood star. This video, made by a group of middle school students, pit two ninja Mobots against one another in an epic battle. The students used a few accessories to add
bottom of page